Neill Blomkamp off the RoboCop remake 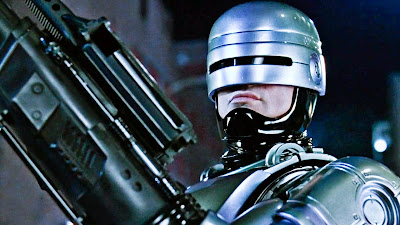 Little more than a year ago we told you District 9 director Neill Blomkamp was on board the pending RoboCop reboot at MGM.

This was pretty cool news as Blomkamp's penchant for violence and social commentary seemed a perfect fit for the franchise. And he was intent on making it a sequel to the original film, much as the new Halloween was, and would ignore the sequels, TV series, and lacklustre remake.

Well, not any more he's not. Check out why from the man himself:


Off Robocop. I am shooting new horror/thriller and MGM can’t wait/ need to shoot Robocop now. Excited to watch it in theaters with other fans. N
— Neill Blomkamp (@NeillBlomkamp) August 15, 2019


And there is no rejoicing...

Funny how studios work. You'd think creativity and talent would trump a need to get something out to the masses. But I've dabbled in this business for nine years now, and shouldn't be surprised this is not the case.

My enthusiasm for more RoboCop has wained... but I am curious about this horror movie Blomkamp speaks of...