B. Harrison Smith returns to The Basement 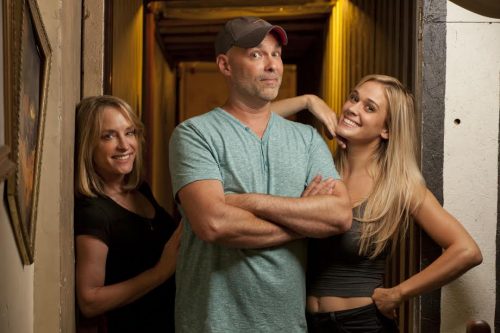 Seven years ago we dedicated an entire month to the movie 6 Degrees of Hell, an ahead-of-its-time haunted attraction flick starring Corey Feldman. We interviewed the entire cast, the director and the film's writer, B. Harrison Smith.

We consider ourselves lucky to have befriended Harrison. Not only is he a talented filmmaker, and decent guy, but he opened the door to other interviews, which is something Shawn and I always appreciate.

Harrison has gone on to direct such genre films as Zombie Killers, Camp Dread and Death House, and work with the likes of Kane Hodder, Tony Todd, and Eric Roberts. And he's got a new flick coming out called The Special, which we highlighted right here. It's best described as Fatal Attraction meets The Blob. If that doesn't sell you on the movie, I don't know what will.

Shawn and I figured it was time to bring Harrison back on the show, and talk his career, the horror genre, and the state of the world in general. I had a great chat with him today, and fans will hear it on our Nov. 22 prime-time episode, only on Radio NL 610 AM Kamloops.

Thanks again to Harrison for joining us in The Basement. We're excited to see The Special. And when you have the time, check out Harrison's podcast Cynema. It's good stuff too.