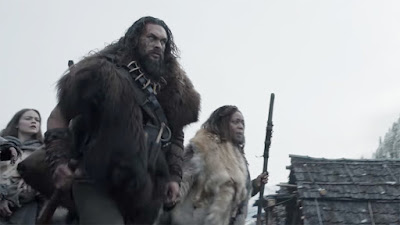 I refrained from making any sight jokes in the headline, as Jason Momoa's new Apple TV + series is called See, and it takes place in a future where humanity has lost the ability to do just that -- see.

So yeah, I took the high road on that one.

But the series, which debuts Nov. 1 along with the new streaming platform, looks pretty damn good. We're getting an epic-scale, post-apocalyptic world here, and no expense was spared. I am impressed.

Check it out, and be impressed as well:

The series was written and created by Steven Knight, and directed by Francis Lawrence. What do you think? Do you like what you... See?