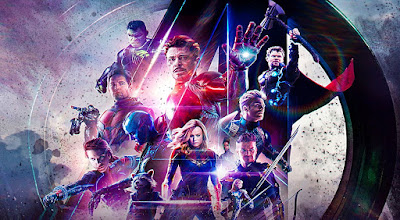 The motion-picture event of the century is now upon us, and the culmination of the Marvel Cinematic Universe has reached endgame.... The Avengers: Endgame that is! And your hombre's From The Basement are here to prep you for it.

Jason and Shawn talk Endgame, predict how well it will do at the box office, and if there are any real challengers to this film's status as the Biggest Movie of All Time. What are their thoughts? Stick with us!

The Basement Boys also chime in on Disney's handling of the Star Wars franchise, Shawn reviews (finally) Captain Marvel, Jay takes on The Curse of La Llorona, and both nerds geek out over the trailer for The VelociPastor!

Yes, The VelociPastor! It has ninjas in it, don't you know.

Toss in this morning's segment from the Radio NL 610 AM Morning Show and you've got yourself a podcast. And you can hear it all right now by pushing play on the player below.