Marcus Flor vs. The Midnight Sky 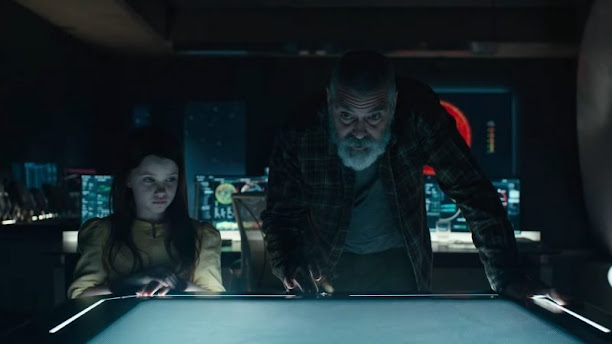 When an actor transitions to directing, their films often hit or miss. Even if their ideas have serious potential, they might not fully understand what's necessary to bring them to life from behind the camera.

This is the case with George Clooney's The Midnight Sky, which I'd almost sum up as a well-meaning student film with a full budget. It's clear there is an emotional story that Clooney is trying to mine from the script, but he isn't sure how. In trying to direct in a subtle and understated way, he gets too subtle and loses the emotional power behind most of the scenes.

The saving grace is definitely the acting. Coming from an acting background, it's no surprise Clooney is able to pull sincere performances from (almost) the whole cast. Despite some of the shallow dialogue, he injects a lot of subtle, poignant emotion into everyone's delivery.

Now as much as I think Clooney has room to grow as a director, the script did not do him any favours. This screenplay is full of dead air, pointless scenes, and unnecessary plot points that drag the pace to a crawl. Even a skilled director would struggle to excavate a quality film from the text here. I definitely understand Clooney's plight.

As a sum of its parts, The Midnight Sky is a mediocre test of the director's skills, with only a few scenes hitting their mark. I do hope Clooney learns from this and hones his skills, because he does have potential. Unfortunately, looking at the final product, I wouldn't recommend watching this. Technically, I have to call it a Bad.