We are Jason, Shawn and Mike S, and We Came from the Basement. But what is The Basement?

The Basement is where movies are watched, mocked, thrilled upon and yelled at. It's where Jason, Shawn, Amy Wickenheiser, Anthony Michael Bosa, Mike S, Kara Evans, Suzanne Cappelletti and a host of other Basement Dwellers gather to be entertained.

It's also where From The Basement began before moving onto 92.5FM CFBX Kamloops, the campus/community radio station at Thompson Rivers University in Kamloops, B.C., Canada. The series ran for three and a half season and entertained a listenership of about 8,500.

The half-hour show currently broadcasts Fridays at 6:05 p.m. on Radio NL 610AM Kamloops.

We've also interviewed the cast and crew of 6 Degrees of Hell, including 1980s icon Corey Feldman, hung out with, and interviewed Fred "The Hammer" Williamson and chatted with the world's leading expert on UFOs, Nick Pope.

In March 2012 we hosted the inaugural Dark Fest, a mini-grindhouse festival within the Kamloops Canadian and International Film Festival, with Fallon on hand to kick the event off with his films.

As for Kamloops, the city is no stranger to movies and television. The 'Loops has hosted such productions as The X-Files, Battlestar: Galactica, Shooter, Alien Trespass, The A-Team, 2012 and Firewall. 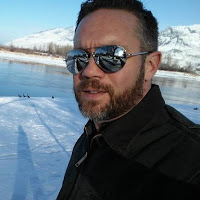 Jason: is a graduate of Vancouver Film School, was cinematographer on the award winning documentary Sky Hospital and kinda sorta met David Duchovny in a movie theatre washroom in Vancouver. Duchovny probably doesn't remember. His screenplay The Shadowing, which he co-wote with John Fallon, is in active development. He also wrote the screenplays Crossed Wires and The Boat. Jason hosts Luvin' the Loops on Radio NL Saturdays at 8 a.m. Ryan Reynolds has been accused of looking like him, but we're sure he denies it. 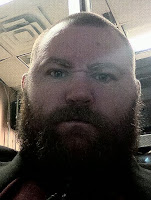 Shawn: has no film degree, but has a head full of movie facts and trivia. His favourite movies are the kind where he gets to watch stuff blow up, and he really hates it when an actress doesn't show her boobies during a shower scene. An avid musician, Shawn composed the score for the upcoming supernatural film The Shelter and is lead singer for the metal band Burn It All. 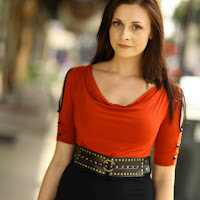 Amy: is one of the stars of John Fallon's directorial debut The Shelter starring Michael Pare. She's also a podcaster and personality for Geek Drunk, a site dedicated to nerd culture, and Killer Film, which is dedicated to, well, film. AND she recently launched her own film production company. An avid comic-book fan, especially when it comes to Your Friendly Neighbourhood Spider-Man, Amy will stoically defend comic-book movies to her death. 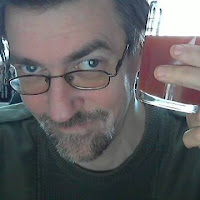 Mike S: The S got his start reviewing movies for From The Basement in 2011. His first review was a thrashing of Stanley Kubrick's 2001: A Space Odyssey, and moviegoers have never let him forget it. He is the mastermind behind The Corner of Terror blog and its successful spinoff, What Movie Wednesday.

Summer approaches, inspiring thoughts of sunshine, backyard parties, and having a tip and sip with friends.  With that in mind, I bring you this week sunny beverage. To make a slushtail, mix a can of frozen orange juice, a can of frozen lemonade (or limeade), a can of pineapple juice, a couple cups of black tea (or English Breakfast), and two cups of bourbon- such as Southern Comfort, in a pitcher.  When it's all nicely mixed, put it in the freezer until it's a nice slushy consistency. Scoop the slush into a cocktail glass, and pour in some Sprite or 7-Up.  Add a little umbrella for some frivolous fun, and a straw. Voila!  Ready to enjoy. This is a very refreshing drink.  The fruit juices, Sprite, and bourbon- when chilled makes for a great punch-like drink.  The bourbon doesn't overwhelm juices.   In fact, they are all nicely balanced in terms of flavors.  The sourness of the citrus fruits contrasts well with the slightly sweeter Southern Comfort.  It was refreshing enou
Post a Comment
Read more

Tuesday rolls around with clear skies, clear lakes, and clear highways.  Along the long stretches Smokey can be found chasing the Bandit... and adventure follows close behind. After his uncle passes away, Bandit finds himself helping a beautiful widow keep their carnival afloat. But all is not as it seems with this carnival.  It hides a secret... a shiny, glittery secret that others would kill to keep for themselves... " Bandit: Bandit's Silver Angel " sees the 1990's TV movie series based on the original "Smokey and the Bandit" films come to a close.  And to be honest, it wasn't a bad send-off for the series. Brian Bloom once again brings a pleasant charm and playfulness to the character of Bandit.  While Donald O'Connor didn't get a lot of screen time, he brought quite a bit of humour to his character as Uncle Cyrus, and gave a solid impression that he's one of the few characters that could easily outwit Bandit.  Traci Lords in the role o
2 comments
Read more

In film, there's nothing I enjoy more than passionate creativity. Compared to the sea of mediocrity surrounding it, Spider-Man: Into the Spider-Verse is practically overflowing with it. This animated movie is vibrant, kinetic, and extremely inventive with its art style. On top of all that, this is just a solid movie. It tells its story with sincerity and tact, always focusing on the important aspects of Miles' emotional journey. The script wastes no time on pointless scenes or moments, which also gives the film an energetic rhythm that draws you in. One of the other great aspects of this movie is its reinvention of the Spider-Man story. It's clever writing demonstrates a true understanding of the webslinger, and offers commentary on the current state of his movie adaptations. In the end, you get a film both Spidey fans and non-fans can enjoy. Above all other aspects, what I like most about Spider-Verse is how fun it is. It demonstrates quality animation and filmmaking doesn
Post a Comment
Read more