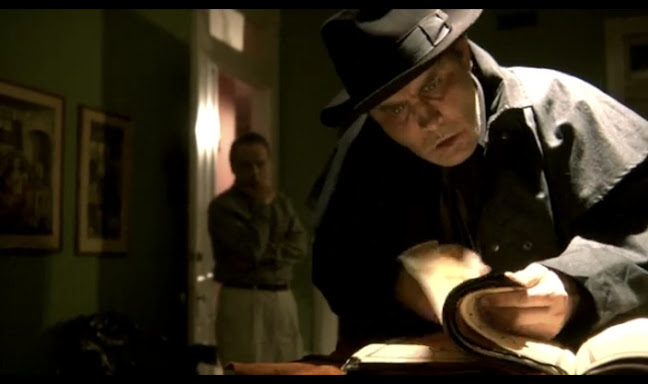 This week I was in a bit of an H.P. Lovecraft mood, so I found The Dunwich Horror on Amazon Prime.

Now, I should have expected a shit-show with its text only thumbnail, but I hoped it would at least be fun-bad. I was wrong. One could say this film is a perfect example of how not to adapt old H.P.

This movie lacks subtly, tact, and the foreboding tone necessary for a Lovecraft story to get under your skin. Now, this version was clearly made for TV, so you might think that explains the poor quality. However, I still think this would have blown with the budget the filmmakers clearly wanted.

They took Lovecraft's story, and tried to make a National Treasure/Indiana Jones kind of adventure out of it. Not only does that clash with the intended horror tone, but it highlights how dated Lovecraft's writing can be. A lot of characters are written like old stereotypes from the 1920s, despite it taking place in the modern day.

The only positive element here is Jeffrey Combs as Wilbur Whateley. He is the only one who commits to his performance, and the only one who seems to give a shit. He's performance is a bit odd, but he more or less sells it, and that's more than I can say for the rest of the cast.

If you're looking for a hidden gem among the Lovecraft adaptations, feel free to skip this one. It's a Bad.