Zack Snyder's Army of the Dead swarms Netflix in May

February 25, 2021
Zack Snyder exploded onto the movie scene with 2004's Dawn of the Dead and, in my mind, pulled off one of the best zombie movies -- and remakes -- in recent memory. His sense of style and visual storytelling was well suited for Dawn, and I've eagerly awaited his return to the genre with Army of the Dead.
The wait is almost over, as Army hits Netflix on May 21, which essentially makes the flick the kickoff to whatever this summer movie season will be. And today we got a first look at the film via the teaser above.
Suffice to say, I like what I see, and want to see more!
Army of the Dead stars Dave Bautista, Ella Purnell, and Theo Rossi. And yes, it's heading straight to Netflix, continuing the streamers conquest over cinemas, which we in The Basement are A-OK with! 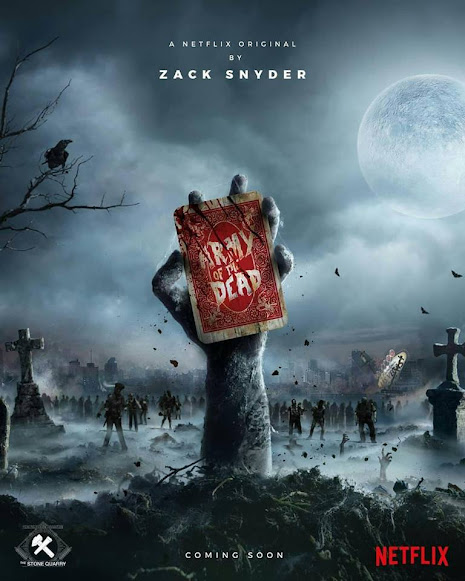