On the Trail of Hauntings, Wonder Woman 1984 and Greenland 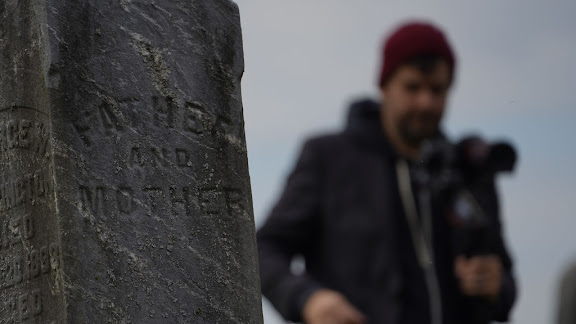 From The Basement kicks off its eleventh year in the podcast game with this action-packed episode featuring reviews of everything from a new YouTube series to the latest, greatest Hollywood blockbuster!
That's right, Jason and Shawn -- those ever aging film geeks -- are STILL at it, and they've put no fewer than a half dozen new films and TV shows on the chopping block to celebrate this mighty milestone.
First up, they review the brand-new YouTube series On the Trail of Hauntings. This is the latest Small Town Monsters production, and Seth Breedlove and company have opted to seek out not monsters, but ghosts! How does this offering compare to those other ghost hunting shows? Stick with us!
While they're at, the Dynamic Duo take on the much maligned Wonder Woman 1984, which has divided fans and critics alike. Does Gal Gadot and Chris Pine's latest deliver for these two movie nerds? Or do The Basement Boys get all pretentious and stuff?
That's not all, as there's Gerard Butler's Greenland to contend with. Plus Shawn took in the mockumentary Death to 2020 and Jason's caught the documentary series The Ripper, the slasher flick Backwoods, and something called Equinox.
It's a packed program, and you can hear it all by pushing play on the player below.