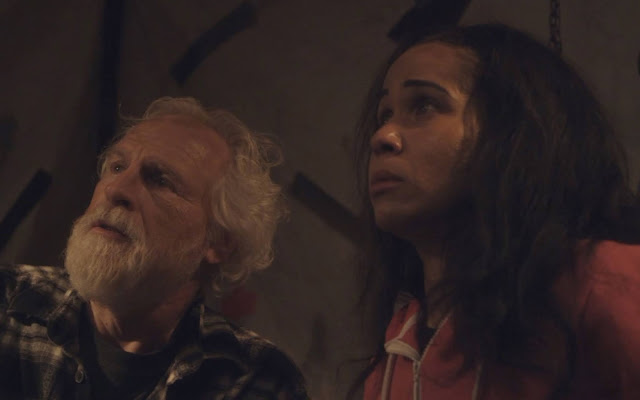 So, The Tent. How do I go about describing The Tent, the new apocalyptic horror movie from writer/director Kyle Couch?

Fuck it. The Tent is an apocalyptic horror movie for most of its running time, with subtle hints along the way to its true nature. And, during the film's final act, we learn it's actually a movie about a man coming to terms with the fact he has Alzheimer's.

Well, I would if I knew that's what I was getting. It would be something the wife and I would've dug into. But to trick me like this fills me with the worst kind of hate, and I deem The Tent a slap in the face to those with Alzheimer's, and their families.

And the horror fan in me just wants to say fuck you, Kyle Couch. Don't promise me one thing and give me another. But, even as an apocalyptic horror movie, this one was gearing up to be a big snooze fest.

This is hands down the worst, most insulting movie I've watched during my 10 years in The Basement. It's an Ugly.