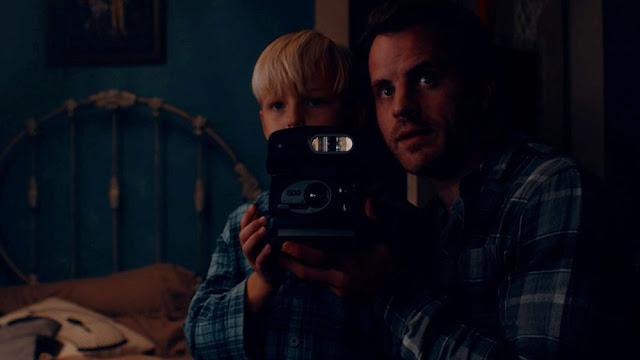 We first talked about The Assent earlier this year, and believed the film held promise, especially when it came to its take on demonic possession, a horror subgenre that's been done, well, to death.

Then the movie disappeared from our radar, and was sadly forgotten about.

Well, colour me surprised when I logged into Netflix the other day and there The Assent was. Now was my chance to see if our predictions were right.

Pearry Teo's flick doesn't bring much new to the table, which would be nigh impossible given how many possession movies are floating around out there. But it feels less exploitive than many. And, without giving too much away, it does offer a slight twist on what we've seen before. You'll have to watch and report back to see what I mean.

I appreciate Teo wasn't afraid to touch on topics like schizophrenia and their connection to possession lore. This added a bit of reality, and grounds the film in a way others haven't been. Well play, sir. Well played.

The Assent looks and sounds good, with its grim atmosphere and production design. I also believed Robert Kazinsky as a desperate father trying to do what's best for his son given the extreme circumstances he's faced. This too, grounds the film.

Peter Jason gives it everything he's got as priest called in to save the day. His performance is a bit much at times, but I certainly believed every word he said.

The Assent is a fine way to pass a night with beer (or three) in hand. It's certainly better than a lot of B-grade horror that's glutting the streaming market these days. I enjoyed it, would see it again, and that means it's a Good.