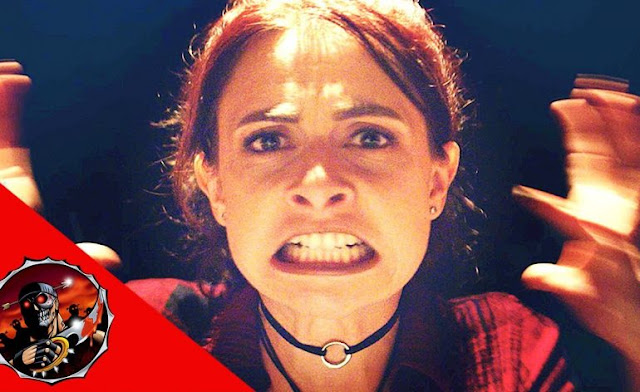 Short films can be a tough medium to work in. You've got a limited amount of time to hook an audience, establish characters, and tell a compelling story. Fortunately the team behind Like A Virus was up to the challenge.

Produced by Donny and Erin Broussard, and directed by Gabriel Veenendaal, Like A Virus is about Felicity, a woman with the preternatural ability to help unsettled spirits pass on peacefully. When a trickster invades her visions, she struggles to make sense of her latest assignment.

It must be noted Felicity is played by our own resident bastardette, Amy Wickenheiser! And she rocks this movie! It's so good to see Amy front and centre. This is a dark character, and she brings much emotion and complexity to Felicity in a few short minutes.

I also appreciated that Like A Virus deals as much with suicide as it does with the supernatural. Suicide is a topic few still like to talk about, but Like A Virus does so effectively. I've been there, at the point of wanting to do it, and no punches are pulled in describing that do-or-don't moment.

Like A Virus feels like the pre-credits sequence of a movie or TV show. I wanted more! This is a world -- and a character -- with a lot of stories in it. Hopefully Veenendaal and company can expand this into a proper pilot or feature film. It's a Good, and I'd be on board for more.

Wanna see it? Do so below: