Thrash Wrestling, 6 Underground and Star Wars: The Rise of Skywalker 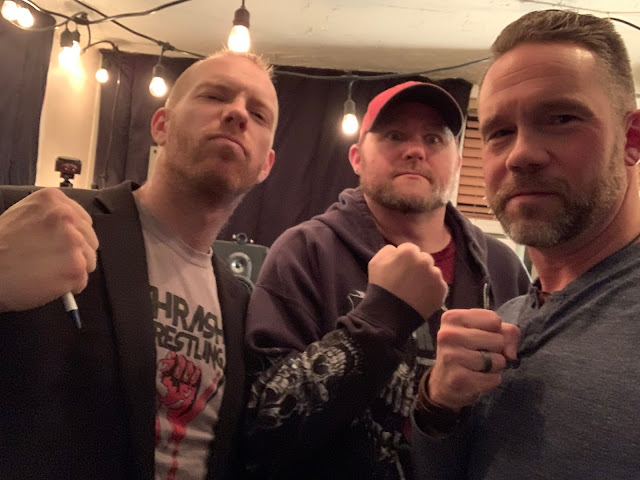 Didn't have the chance to get in the ring with us last night? Well, never fear; From The Basement is here with a podcast version of last night's show on the mighty Radio NL 610 AM Kamloops!

Wanna listen again? That's fine too! It's what we're here for... what we're trained for...

This week The Basement Boys talked Thrash Wrestling with promoter Justin Griffore. What's Thrash Wrestling? It's to wrestling what indie film is to film, and it's taking the Interior of British Columbia by storm. Justin, Jason and Shawn have a great chat about this entertaining event, and give you the 411 on how it works, and when future events are.

But this is a movie show, and the Terrible Trio dug into Netflix's blockbuster 6 Underground from director Michael Bay and superstar Ryan Reynolds. Is it worth your time? Stick with us!

And stick around for the weekend rundown of all things entertainment, including a discussion on some movie about a war in the stars, and the rise of a dude named Skywalker. I don't know. It's supposed to be a thing.

So grab a beverage, push play, and enjoy. Oh, and Merry Christmas!

From The Basement returns Friday, Dec. 27 at 6:05 P.M. Pacific on Radio NL 610 AM Kamloops! And we're reviewing the indie horror The Lost Footage of Leah Sullivan, plus interviewing stars Anna Stromberg and Burt Grinstead.