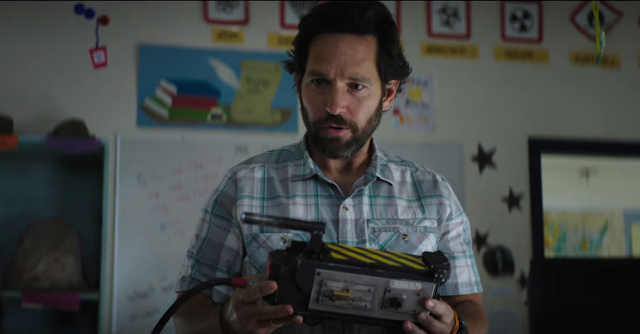 Yup. I can get on board with this one.

I know this is just two minutes of footage, but if you're going to reboot or do a direct sequel to a 35-year-old franchise, writer/director Jason Reitman certainly took the best shot he had, and it looks like he might have pulled it off.

Everything about this trailer works. You don't need to have grown up on Ghostbusters to get what is going on here, but it certainly helps. If you did, there's enough nostalgia on display to hit you in the feels.

Ghostbusters: Afterlife stars Carrie Coon, McKenna Grace, Finn Wolfhard and Paul Rudd. And the surviving Ghostbusters of course. It comes out next summer.