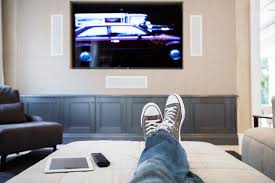 In addition to horror movies... and animated movies... and having an opinion about people who say stupid things... I enjoy watching educational shows, and learning.

With that in mind, I present my Top Five Educational Shows From My Youth!

"Dirty Jobs" with Mike Rowe-  This show ran from 2005 - 2012, and featured Mike Rowe getting dirty and stinky while learning about some of the jobs that most people wouldn't want to do... but need to be done in order for Society to function.

Each show had a sense of humor, while making the audience appreciate the people who work hard in the "dirty jobs" so we can live like civilized people.

"In Search Of" with Leonard Nimoy-  This was a favorite of mine growing up.  It ran from 1977 - 1982.  Each episode covered a different theme, and explored aliens, monsters, ghosts, strange artifacts and landmarks- everything.

This show helped to inspire my passion for the supernatural and the unusual.  There's a new version hosted by Zachary Quinto that started in 2018.

"MythBusters"-  This list would be a hollow shell without this show.  Adam Savage and Jamie Hyneman- along with the Build Team, made science fun.

It was great seeing how they'd design experiments to test urban legends, folklore, and the reality of famous movie and TV scenes before actually conducting the experiment- usually with a bang!

"Reading Rainbow" with LaVar Burton-  I don't think there's all that many people growing up in the 1980's and 1990's that DOESN'T have a soft spot for this show.

Even though I was a teenager when this show started, I enjoyed putting it on and listening while I did my homework, or puttered around doing chores.

It was calm, soothing, and relaxing.  And frankly, any show about books is going to interest me.

The show continues as an app one most platforms- helping to spread it's message of literacy, and the joys of reading. 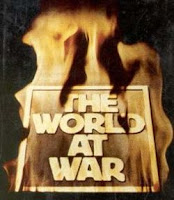 It covered the Second World War from start to finish, and was just a fascinating show that really put across the effects of the war on the lives of all concerned: soldiers, civilians, prisoners, families, adults, and children.

Of the shows on this list, I would have to say that THIS series is the one that had the MOST impact on me growing up.  To day this day, I remember the opening credits, and feel my chest tense up at the rawness of the pictures burning and the title on fire.

So, there you have it- my Top Five Educational TV Sows From My Youth.