Catching up with... Rambo: Last Blood 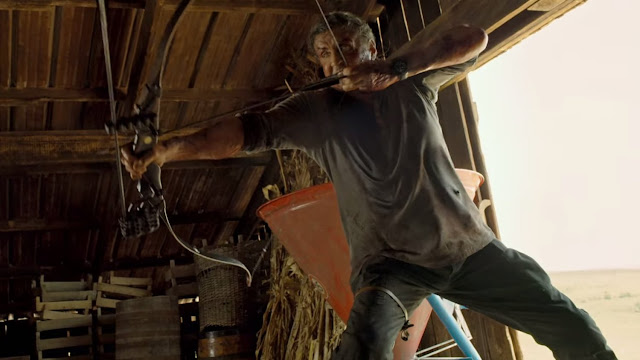 Before I get into this review of Rambo: Last Blood, I will state it's one of the weaker entries in the franchise. But even a weak Rambo movie is better than 90 percent of what Hollywood cranks out on a weekly basis.

Why? Because the Rambo movies are unapologetically violent revenge films. No punches are pulled. Enemies are shot, stabbed, decapitated, disemboweled and blown up. And each and every one of them has it coming.

Much like 2008's Rambo -- and the one that started it all, First Blood -- this latest entry is more of a serious take on the character. Here he's portrayed as an old man with a lot of blood on his hands. He's trying to live a good life but, as he tells one character; "I haven't changed. I've just put a lid on it."

That lid is blown off when his niece falls prey to human traffickers. What transpires is deathly serious, at times hard to watch, and more than a little sad. Yes, it ends in a brilliantly executed finale where all the bad guys get what's coming to them, but this is a sombre entry in the series. And its view of the world, and people, is uniformly dark, save for a few bright spots.

Fortunately, I'm on board for all of it. Not only is this a solid action film, but it's one that jives with my life experiences and world view. It's a fitting send off for an iconic character, and Sylvester Stallone is excellent.

I was also blessed to catch an international cut of the film, which has a different opening sequence than what North American audiences got. I hope more people get to see it, as it's a great ode to the character.

Only Stallone makes movies like this, and it will be a long time before we see anything else like it, if ever again. Rambo: Last Blood rates a Good. Glad I finally caught up with it.