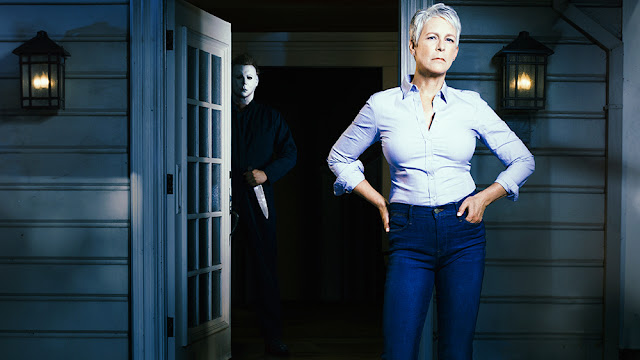 So the big day is upon us. The scariest day of the year. It's Halloween, and we're all entitled to one good scare.

Mike S is going to wrap up our Halloween Day by Day his own way, and Marcus Flor has a trick or treat up his sleeve, but I thought it would be fun to share my Top 5 Heroes of Halloween; those characters -- good or bad -- who best represent the holiday, at least to me.

So let's get down to business, in no particular order: 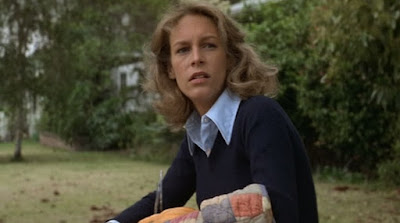 As portrayed by Jamie Lee Curtis, Laurie is the very embodiment of perseverance, empowerment and sincerity. She is the most recognized Final Girl, and went from being a sweet, innocent babysitter to one of the toughest, most believably broken survivors in film history. She's vulnerable, but there's never any doubt she could kick ass. I like all of the character's incarnations. It's Laurie and Jamie Lee. It just works. 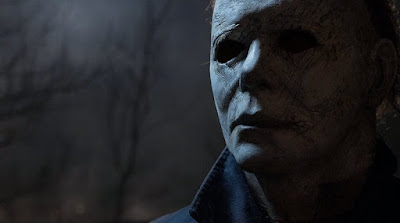 A force of pure evil. A killer without mercy. The less we know about him, the scarier he is. Michael Myers IS the Boogeyman. Sure, he became "just another slasher" due to the countless sequels, but Michael has returned to his roots with the reboot, and looks like he will go strong for two more films. This fan couldn't be happier. 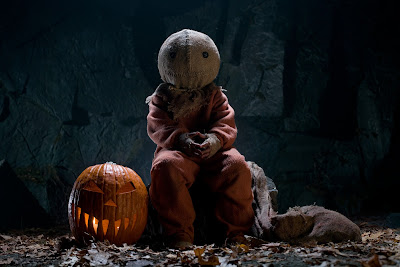 The diminutive Sam has only appeared in one movie -- Michael Dougherty's love letter to the holiday, Trick r Treat -- but he's quickly become a culture icon. We're not sure what Sam is, exactly, other them the living embodiment of Halloween. He does his level best to make sure the rules of the holiday are abided by, and will dispatch anyone who doesn't follow them. So tonight, don't put out the candles in your pumpkin until after midnight... Sam could be watching. 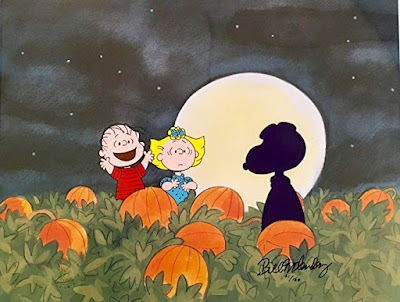 You're probably thinking I've lost my mind, but It's the Great Pumpkin, Charlie Brown was an annual watch every Halloween, and the cartoon classic wouldn't have worked without Snoopy sneaking around as the World War I Flying Ace. Maybe it's just me, but that dog is just as big a part of the holiday as anyone else on this list. Wanna fight about it? 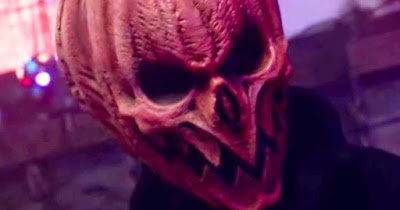 A recent addition to my Halloween movie rotation, the villain at the heart of Patrick Lussier and Todd Farmer's Trick quickly became a seasonal favourite. A merciless serial killer who strikes on Halloween (sound familiar), Trick is elusive, brutal and may or may not be of supernatural origin. You'll have to watch this great slasher movie to find out. If you're anything like Shawn and I, you won't be disappointed.