Hobbs and Shaw and The Nightingale 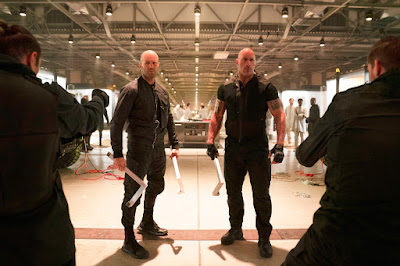 We're back in the world of big, noisy blockbusters this weekend as Fast and Furious Presents: Hobbs and Shaw, the first spinoff from the wildly popular franchise that's made more than $5 billion to date.

Yup, that's a lot of bling!

And Jason and Howie will provide a sneak peak at the Dwayne Johnson/Jason Statham vehicle (pun intended) when From The Basement takes to the Radio NL 610 AM Morning News at about 8:40 this morning.

Hobbs and Shaw is the big ticket this weekend, and hopes to break the sequel slump that has impacted many franchises this summer. But there's also a little horror gem sneaking onto screens called The Nightingale. The Dynamic Duo will discuss why it's worth seeing as well.

There's also some entertainment news and a bunch of stuff worth watching on the small screen. Plus Jay's watch Amazon's The Boys and will sound off.

So grab your morning cup of joe and get ready for some action. You'll hear it by tuning in to 610 on the AM dial or the player to your right.