Full Moon Entertainment was the bomb back in the 90s. They offered a plethora of genre entertainment that, although straight to video, never lacked in quality or quantity.

Now Charles Band and company take things to the next level with their new streaming channel and app, Full Moon Features, which is currently available on all streaming devices including iOS, Google Play, Xbox One, Apple TV and more.

The channel is a revamped successor to the company's previous streaming service, and delivers a wide array of films including the extensive Full Moon library of more than 500 titles. Puppet Master, Subspecies, Dollman... they're all there.

Full Moon Features will feature weekly content and VIP access to live streams of upcoming productions. Exclusive new feature films will debut on the channel, including the much anticipated Deadly Ten anthology. The first film out the gate will be Weedjies! Halloweed Night on Oct. 18.

This sounds like a must for Full Moon fans, and fans of genre flicks in general. 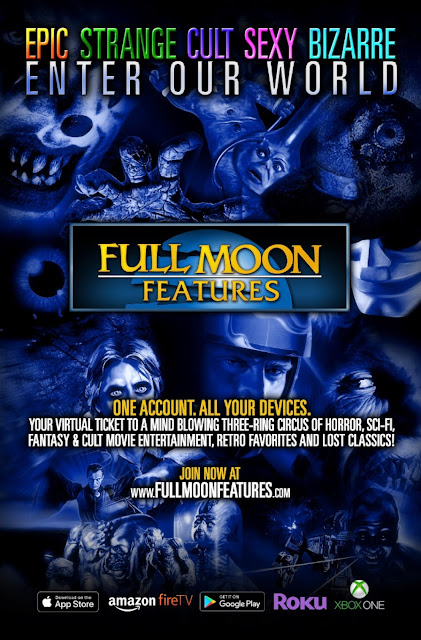