One Upon a Time on Radio NL 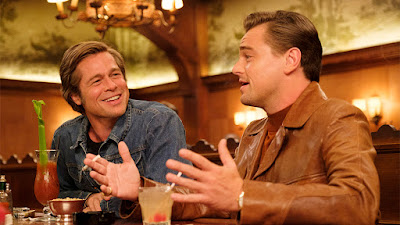 It's becoming increasingly difficult to find original movies these days. One not based on a comic book, novel, TV show, or that aren't a reboot, remake or sequel (or prequel).

Thank Jebus then for Quentin Tarantino!

Today marks the release of his 9th film, and it's called Once Upon a Time in Hollywood. So guess what Jason and Howie are talking about when From The Basement storms the Radio NL 610 AM Morning News at 8:40 this morning?

That's really a stupid question, isn't it. That's last bit is more of a statement, by the way...

But yes, the Basement Boys are talking Tarantino's latest, which is a loving tribute to a Hollywood of a bygone era. Tarantino doesn't make movies like other people and, apparently, it's best to go into this one knowing nothing about it. You'll learn more when the segment airs.

Plus they provide a look at what's worth tuning into on the small screen. And yes, there's a new season of Orange Is the New Black to look forward to.

So grab your coffee and tune in via the AM dial, or the player to your right. And stick with us!