Nick Pope in The Basement 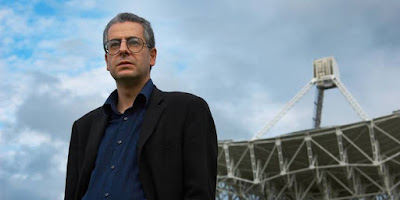 Long-time fans know Shawn and I are big on UFOs, ghosts and conspiracy theories. Call the subject a second passion of ours.

Suffice to say, when Storm Area 51 became a thing, we honestly considered attending this event in September... until Shawn pointed out we'd be in the Kill Zone. Being dads, husbands and more or less sane, we decided against it.

But we're talking Storm Area 51 this week on the extended cut podcast, and we've recruited the world's leading expert on UFOs and conspiracy theories to hash it all out: Nick Pope!

Nick worked for the British government, and his job was investigating UFOs and conspiracies. He's made a second career out of the subject, and I sat down with him for about 10 minutes today on Radio NL 610 AM to discuss his thoughts on Storm Area 51.

It's an epic chat, and one fans will hear on our podcast, which drops by Saturday morning. We hope you'll join us for it.