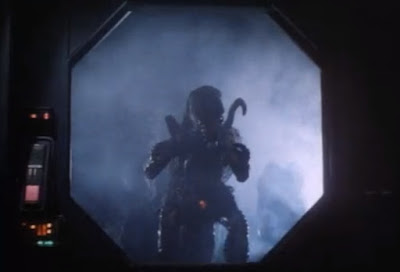 In the best tradition of rip offs, Creature doesn't do much more with the concept of astronauts discovering something horrible on a distant planet, in this case Titan, Saturn's largest moon. And that something horrible starts killing and, we assume, eating them.

Take a look at the trailer:

Now, Creature does bring a few new things to the mix. For one, the Creature can take over people and use them to lure others into its arms. And we get space boobs. So there's what deviates from Alien. Otherwise, this is a great big carbon copy made -- and acted -- with less money and talent.

That's not to say it sucks. As far as rip offs go, this one isn't bad. The effects and gore are decent, as are the space boobs. I've certainly spent worse 90 minutes in my life. I can't give it a Good, though, as I'm pretty done with Creature. That makes it a Bad in my books.