Tomorrow, Thursday, we finally get a look at the new Terminator movie by way of a trailer. We'll see actual footage from the Tim Miller directed flick, and see Linda Hamilton back in action as Sarah Connor.

Until then, we've got this snazzy new poster for Terminator: Dark Fate, which does feature Hamilton as Connor, and a return to that familiar stretch of highway last visited at the end of the original Terminator back in 1984.

Check out the poster right here. We'll be back on the other side. 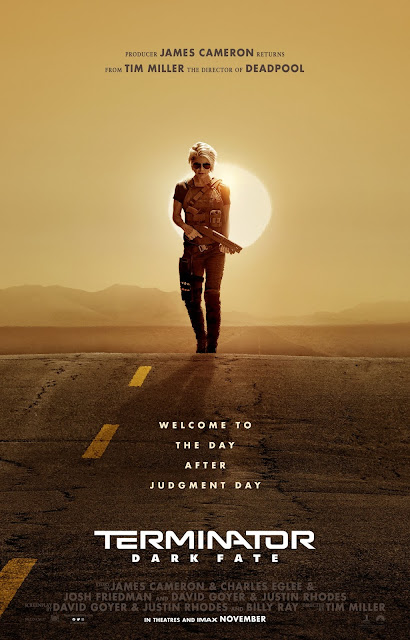 Looks cool. And they're really playing up not only the return of Hamilton, and Arnold Schwarzenegger of course, but of James Cameron. Cameron wrote and directed The Terminator and Terminator 2: Judgment Day, of which Dark Fate is a direct sequel to.

Cameron is back as producer on this one.