A Dog's Journey gets John Wicked 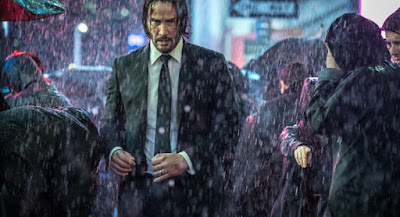 The weather has turned hot (well, not today), the days long and lazy, and Hollywood has officially launched its slate of Big Summer Movies!

That's right; all caps! These are Big! Summer! Movies!

And Jason, Shawn and Howie are here to tell you which Big Summer Movies you need to keep your eyes peeled for on the Radio NL 610 AM Morning Show!

The Terrible Trio has comprised a list of films they're interested in watching this summer, and they think you'll want to give them a watch too. Keep in mind these guys aren't into romantic comedies and heavy dramas. This is summer, a time for fun and frolic, and the list reflects that.

Jason and Shawn also provide the lowdown on two films hitting theatres this weekend. Both are sequels, but only one is expected to go big. That film is John Wick Chapter 3 - Parabellum, and it's the capper on Keanu Reeves' much loved action franchise.

The other film is A Dog's Journey. 'Nuff said.

So tune in today at about 8:40 and ready yourself for radio that's so awesome, you'll be awesomed out by its awesomeness.