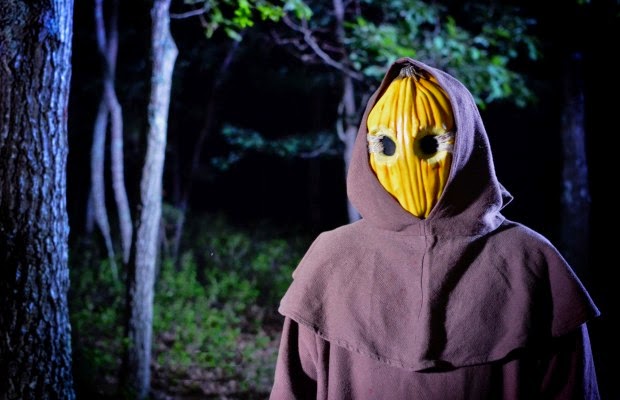 Guess what? Emily raised the money and made her movie, which makes Shawn and I feel kinda like proud parents. Wanna scope out the trailer? Then check it:

As far as I'm concerned, that's pretty slick. Far and away better than a lot of work I've seen by older, more accomplished filmmakers. I give Emily mad props for pulling Carver off.

Carver is about a group of teens haunted by a despicable act they committed when they were younger. Their actions caused the deaths of three innocent people. Now, on the anniversary of those deaths, an ominous calling card in the form of a carved pumpkin has been placed at each of their homes. Someone is out for revenge. The question is who?

Wanna keep up with Carver? Then check out the flick's official website. This is definitely one we want to watch here in The Basement.

For the record, the above photo is courtesy of Nick Belial.