Marcus Flor vs. Wish Upon 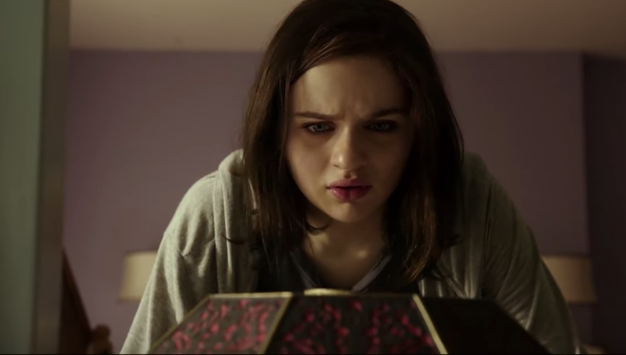 Ever wanted the definitive movie about making wishes? Wish Upon is absolutely NOT the movie for you.

This "film" is yet another "masterpiece" brought to you by the director of Mortal Kombat: Annihilation. It's a hilariously awful display of brain-dead characters, logic resembling Swiss cheese, and "witty" writing totally not shat out by an out-of-touch old person. You will be constantly switching between yelling at your screen, and dying of laughter as you watch this.

This story is an in-depth character study of Clare (Joey King); an in-depth study of how stupid, shallow, and inconsistent she is. She manages to get five wishes deep without realizing the box is obviously granting them. Once she realizes what's going on, she proceeds to wish for the most vapid and simplistic things.

You could explain this away by giving specific rules for the wish box, but of course the movie explains the thing as vaguely as possible. For all we know, Clare could've wished for infinite wishes, or to have no negative consequences from wishing. We won't know, because our intrepid main character is too busy wishing to be more popular.

To summarize: Wish Upon is shit. Luckily though, it's fun shit that's great to roast with a group of friends. Grab some inebriating substances, a few compatriots, and laugh at this Bad movie.