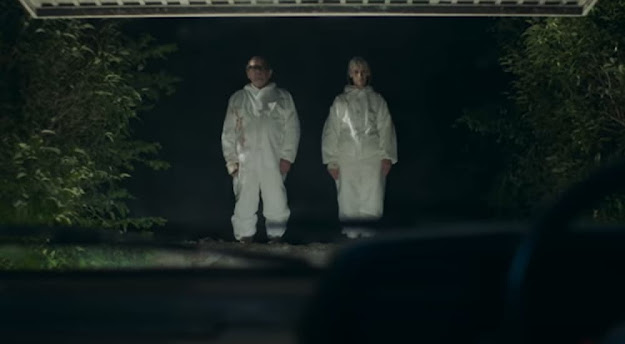 The latest foray into the home-invasion thriller subgenre is called The Owners. And, as with movies like Don't Breathe and others before it, it turns out it's the home owners we need to worry about, not those breaking in.

In this case, the owners are a kindly old couple who grow increasingly kookier as the film goes on, exploding in an admittedly chaotic climax that didn't go exactly as I thought, so kudos to director Julius Berg for that.

The first half of the movie is pretty damn tense, introducing us to a group of desperate characters who think they've found an easy score. Berg ratchets up the tension as the would-be thieves turn on themselves as the owners subtly pit them against each other. This is very good stuff indeed, and pays off brilliantly.

Too bad the half hour that follows, up until the climactic showdown, didn't click for me. At one point I wondered why hero Maisie Williams and her one capable "sidekick" didn't just crosscheck the old couple to the ground and dive out a window. As soon as I thought that, the film lost me.

But this isn't a total loss. Williams is great, as is the rest of the cast. And when The Owners is tense, it's really tense. So I'm giving it a Bad and moving on.