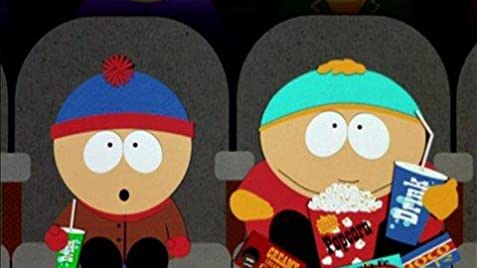 I felt like unwinding this past weekend, so I threw in the crass classic South Park: Bigger, Longer and Uncut (1999).

It held up surprisingly well and is, in some ways, even more relevant now than when it came out. Its commentary on censorship still rings true, although outrage culture is now on steroids compared to the 90s. This movie is also a fairly competent musical as well.

The songs are well written, catchy and hilarious. They put way more effort into the music than I first realized watching the film back in the day. South Park walks the line between satire and genuine musical quite a bit.

What I enjoy most is the comedy still holds up despite some dated elements. There are so many great off-hand jokes that catch you off guard. The film also uses referential humour, but doesn't rely on it. I can't say the same about most current comedy films.

All in all, this is a great time, and I recommend checking it out if you haven't already. This one is a Good.