The Pale-Faced Lady returns again with In Darkness I Wait 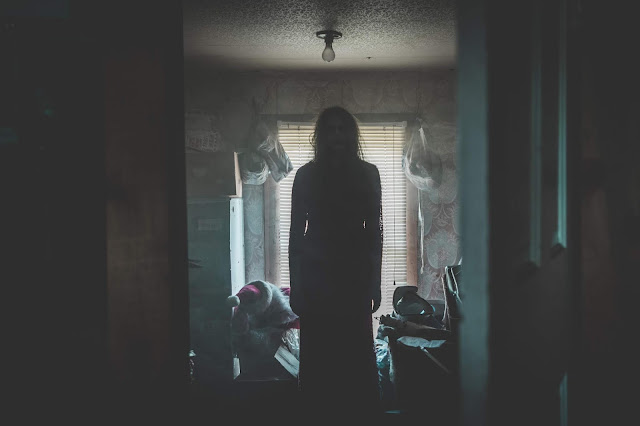 We're big fans of filmmaker Jeff Payne's work here in The Basement, his Pale-Faced Lady films in particular. So when word reached us a third instalment in his popular series was headed our way, we got more than a little excited.

Filming isn't slated to begin until January, but Payne tells us In Darkness I Wait centres on two characters who go into The Pale-Faced Lady's home intent on burning it down. Naturally, they are not prepared for the horrors they face.

"The first Pale-Faced Lady was mostly narrative driven, giving you some visuals with the story, and creating a dark atmosphere throughout," said Jeff. "The second, She Will Return, went into the ghost's origins and dealt with the regret of bad decisions, creating more of a suspenseful theme.

"I'm wanting to make part three a rollercoaster ride of tension and scares," Jeff told us.

I've got serious money on him succeeding.

We're arranging an exclusive reveal for In Darkness I Wait, much as we did with She Will Return. That'll happen some time early in the new year. In the meantime, revisit The Pale-Faced Lady here:

And She Will Return Here: