First look at Godzilla: King of the Monsters 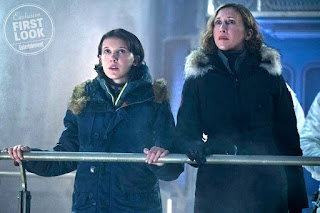 I'm a hard-core Godzilla fan. I even have a tattoo of the King of the Monsters on my right leg. Love the classic Toho films. Love the 2014 version by Gareth Edwards. The 1996 Matthew Broderick film?

That being said, I am pumped for Michael Dougherty's sequel to Edwards' flick. And it's shaping up rather nicely, with a cast that include's The Conjuring's Vera Farmiga and Stranger Things' Millie Bobby Brown.

Entertainment Weekly revealed a few pics from the upcoming movie today. One is of Famiga and Brown (above), the other of the big guy himself, unleashing his atomic breath (below). Feast your eye holes now: 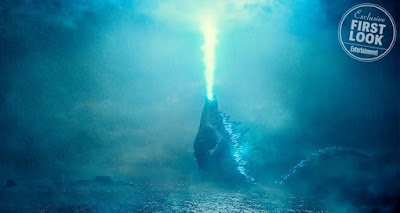 This time around, Godzilla battles Rodan, Mothra and King Gidorah, which is pretty awesome. And the movie sets up Godzilla's throw down with King Kong in the appropriately titled Godzilla Vs. Kong, which lands in 2020.

Godzilla: King of the Monsters roars into theatres May 31, 2019.