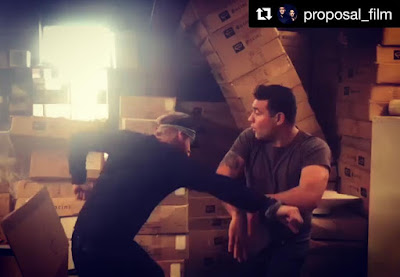 Back in the day, Shawn and I never strayed from reviewing a short film. When done right, they can tell a pitch-perfect story in pitch-perfect style, and pave the way for a beefed up feature film version down the road.

When a short film comes from the keyboard of our man John Fallon, and promises a high-concept story with kick-ass fight scenes, we're definitely interested in taking it in.

Which brings me to The Proposal, co-written by our pal John and starring newcomer Marc Natoli and Australian actress Kahli Williams in a tale that sounds like a boat load of fun!

Natoli, who has 25 years of martial-arts experience, plays a gun for hire who takes his girlfriend (Williams) out for a night on the town with the intent of popping the big questions. Given this is a Fallon script, written with the help of Ben Whimpey, who also directs, his proposal is interrupted by a group of guys who want him dead. Cue the action.

John co-produces via his Bruise Productions. Wanna see the poster? Of course you do. Check it: 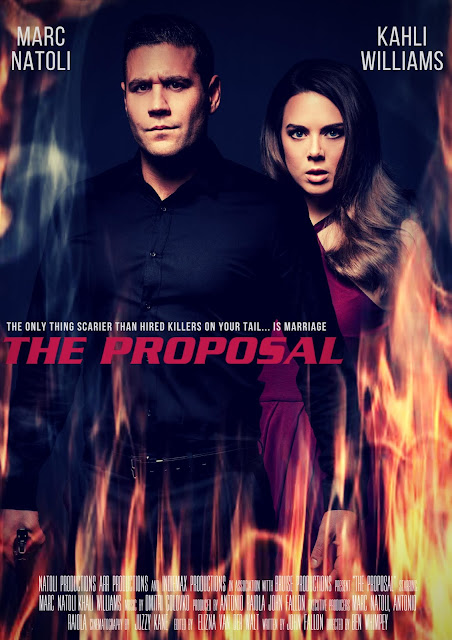 The Proposal is right up our alley, and Natoli knows his stuff when it comes to martial arts and fight choreography, having shown his metal on the upcoming The Siege of Robin Hood. We in The Basement will be keeping a close eye on this one.