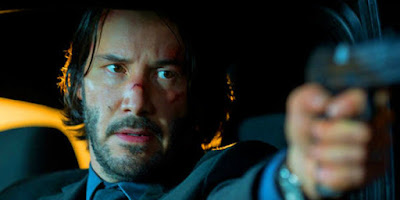 Well, a plot synopsis anyway. The flick already had a plot, hopefully long before it went into production, although stranger things have happened with movies. Stranger indeed.

But the folks over at Collider have dug up what will set the titular John Wick off this time around, and fans can rest easy -- people leave his dog and car alone.

However, here's the official word on what John Wick: Chapter Two will be about:

"John Wick is forced back out of retirement by a former associate plotting to seize control of a shadowy international assassins' guild. Bound by a blood oath to help him, John travels to Rome, where he squares off against some of the world's deadliest killers."

You know what? That sounds great! Something different than the first, and opens up the world of killers teased at in the first movie. John Wick had some great world building, and I'm glad we get to see more of it in John Wick: Chapter Two.