He Never Died and Summer Movies 2016 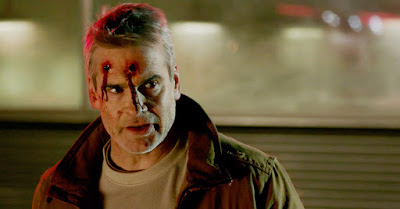 It's hard to believe, but the summer-movie season is almost upon us once again. In fact, it officially kicks off May 5 with the release of Captain American: Civil War. And there's a gazillion movies scheduled to come out during the three months that follow. Do you know what you want to watch this summer?

Jason, Shawn and Amy put that question to each other as they figure out to watch -- and what not to watch -- between May and September. And that conversation is just one of many the Terrible Trio log during tonight's show.

The Basementites also set aside 10 minutes or so to discuss Henry Rollins' latest venture in film de cinema, He Never Died. What happens when a social outcast embarks on a bloody quest to save his long-lost daughter? Knowing Rollins, things get a little rough. And he probably yells at someone. Is He Never Died worth the watch? Stick with us!

And keep sticking with us as Jason, Shawn and Amy debrief on Batman V Superman: Dawn of Justice, the Rogue One: A Star Wars Story teaser, and countless other topics within the realm of all-things entertainment.

Plus they spin tunes by Rollins Band, Texas Hippie Coalition and Dan Johansen. You can hear it all tonight at 11 p.m. PST on 92.5 FM CFBX Kamloops and online at www.thex.ca!