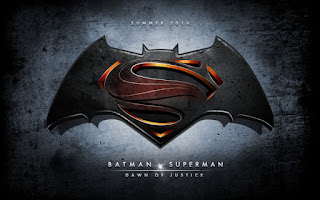 Shame on you.  You know who you are.  You’re the ones that apply your opinion, in some pretentious manner, as though what you think is going to change the world.

Structure this, story that, too much this, not enough that.

Did you forget that this was a superhero movie? Yes, you did.  It was so epic, that you forgot.
I’m not going to fan boy, on and on.


I’ve paid my dues; I’ve watched/read every adaptation of Superman I could get my hands on. Yes, read.

I’m not going to change the world, with my opinion, but I hope to change some minds that were tainted by pretentiousness.  If you were curious, but decided not to see it because movie critics gave this movie a shit rating, fuck that.  You want to see this movie for the same reasons I did.  So go! If you’re disappointed, then you were expecting something else.

Basement co-founder, Jason, was disappointed in this movie.  Not because he is pretentious, but because he has voiced his opinion, on Superhero movie fatigue, many times.  If you are fatigued, as well, this movie will definitely add to that.  Here’s why:

This is DC’s catch up. They had to make up a lot of lost time if the ‘Justice League’ movie is going to happen before Avengers 3.

This movie set it all up, played catch up, told a great story and set up possible other side movies for introducing more characters.  It did it all, and it did it all, well.  Was it too much?  Not for this guy.  I nerded out.  For someone, to not have to turn the pages of a comic book, this was a spectacular flick.  I also didn’t have to watch a few “intro” movies that may have sucked, to get to this point.

I wanted to break down several reviews, I’ve read online, and argue them.  However, that seems like a lot of unnecessary work.  So, I’ll just say this:

This movie kicked my ass. I got just what I wanted and needed out of this film.  Justice League? Yes please.   I treat this movie as though it was made just for me. Fucking THANK YOU.  I guess that means I have a simple mind then?  Well yes.  Yes, I do.  I spend countless hours watching Justice League cartoons, Superman movies, cartoons and live action.  I do it because I have a complex reality and shit like this is a perfect escape. I have allowed myself to accept any rendition of this DC reality.  Not freaking out over a new super symbol, costume, Ben Affleck - Who was great as Batman, by the way.  Lex was fine.  Did the job.  So there.  A little more "joker" crazy...but still awesome as fuck.

Recap:  In the past week I have watched Batman V Superman and completed the Daredevil series.  I have watched two of my most favorite screen adaptations of “heroes” I have ever seen.  How fucking spoiled am I?  You pretentious dicks.