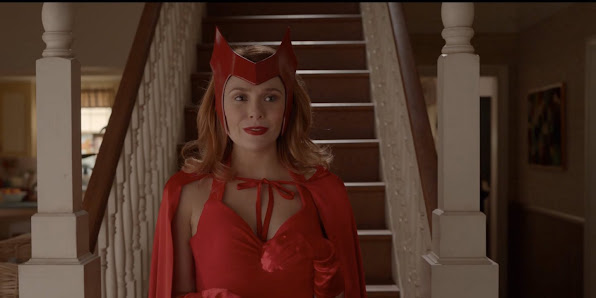 The week has come to an end. You're tired. You're brain is numb from whatever it is you do all week. All you want is to set your brain to stun, and be entertained.

That's where From The Basement comes it, and we're coming at you tonight at 6:05 on the mighty Radio NL 610 AM Kamloops!

What do Jason and Shawn have on the chopping block this week? How about a couple of new feature films and a few high-profile TV series designed to tickle your entertainment centre?

For one, Jason has taken in the first two episodes of Marvel's WandaVision, the official kick off of Phase Four of the Marvel Cinematic Universe. He had to watch the episodes twice to form an opinion... which is?

And stay tuned, as the Dynamic Duo take on the first of Netflix's 71 original films for the year: Outside the Wire with Anthony Mackie. There's also the World War II thriller Shadow in the Cloud starring Chloe Grace Moretz, and two new documentary series to take down, Surviving Death and Night Stalker. Is all this entertainment worth your time.

The Basement Boys will fill you in on that, plus offer some viewing suggestions for the week ahead, tonight at 6:05, and only on Radio NL.