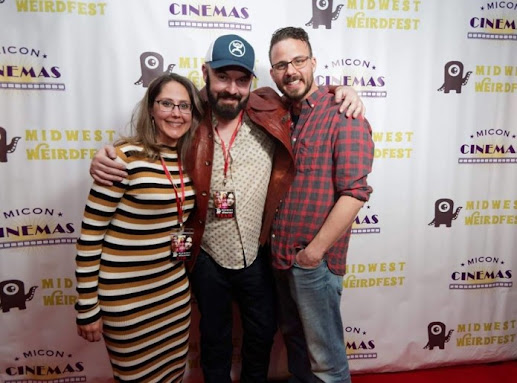 One of the biggest and best cinematic celebrations of all things weird, wacky and wonderful is MidWest WeirdFest, and despite this little thing called COVID, it's celebrating its fifth year in March.

Scheduled for the Micon Downtown Cinema in Eau Claire, Wisconsin (that's in the U.S. for our Canadian friends) from March 5 to 7, the festival is taking submissions for this year's event. Documentaries, short films and features are considered, and filmmakers exploring everything from sci-fi to horror to paranormal phenomena are encouraged to submit their work.

Our friends over at Small Town Monsters have had their films featured at MidWest WeirdFest, the YouTube series Hellier has also been screened, and independent genre movies like Beats of Rage and The Invisible Mother were shown in the past.

Festival director Dean Bertram is asking for a little help bringing the festival to fans given the current world climate. He's launched an IndieGogo campaign to raise some much needed cash to support the festival, and the Micon Downtown Cinema. The pandemic means the festival is running with about half of its already tight budget, and Bertram and company want to provide filmmakers and attendees with a good show.

Contributors can purchases festival passes, T-shirts, face masks, stickers and more, with proceeds going to the theatre, and back into the festival.

We at From The Basement encourage Basementites to hit the link and check out the campaign. If you can spare a few bucks to help make this year's MidWest WeirdFest happen, then thank you very much. I'm hoping to attended future festivals once the border is open again.