Outside the Wire, WandaVision and Shadow in the Cloud 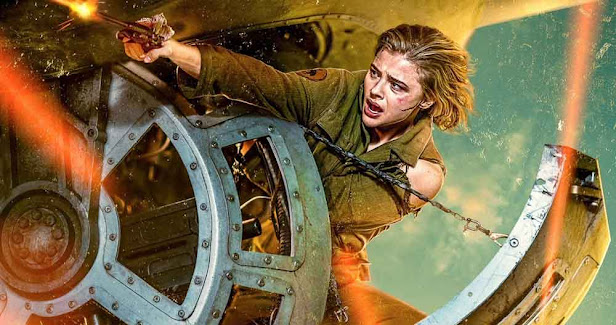 Are you ready for the latest podcast From The Basement? One where Jason and Shawn review a bunch of new movies and TV shows so you don't have to? All in the name of making your entertainment choices easier?

Of course you are!

Our Dynamic Duo do just that; putting Netflix's latest original movie -- the action flick Outside the Wire -- on the chopping block. This one stars MCU alumni Anthony Mackie, and promises big action and excitement. Does it deliver? Stick with us!

Speaking of the MCU, Jason dives deep into the first new Marvel offering in more than a year -- the Disney + series WandaVision. He had to watch the first two episodes twice in order to form an opinion. Do Elizabeth Olsen and Paul Bettany get a pass or fail?

While they're at it, The Basement Boys take on Shadow in the Cloud, a World War II thriller with Chloe Grace Moretz, and two new Netflix documentary series: Surviving Death and Night Stalker. Plus there's the entertainment rundown for the week ahead.

And you can hear it all right now by pushing play on the player below.