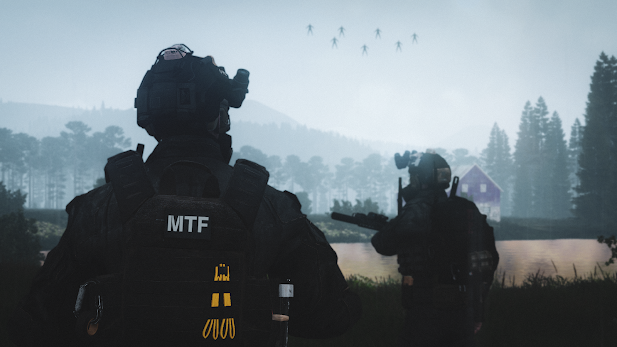 When it comes to cosmic horror, mainstream Hollywood usually comes up lacking, as it doesn't understand the subtle -- but very visceral -- dread the genre should invoke. The short film SCP: Overlord doesn't have that problem, and is one of the best examples of cosmic horror I've seen in a long time.

The 30-minute short takes place within the SCP universe; following a group of special ops soldiers raiding a cult's base in the middle of the woods. We don't get told any more than the soldiers do, and the camera/point of view never deviates from them. We are effectively put in their shoes as they embark on their mission.

In other words; we're in the shit with them!

The soldiers investigate the home, following perfect military procedure and being extremely cautious. It doesn't matter: many of them die, and succumb to the anomalies surrounding them. This really hits home the frailty of these top-level soldiers, as their training does little in the face of the horrors from beyond understanding.

This is one of the few short films I've seen that perfectly nails the tone you'd find in a great SCP story. In these stories, the monsters and entities being studied can so very easily kill most humans, and even end the world unless carefully contained. These stories make humans seem tiny and insignificant to the vast, arcane universe around them, just like any quality cosmic horror would do.

I highly recommend watching this one, and it shouldn't be hard to do so as the short is free on YouTube. This is definitely a Good.