Veteran of the Star Wars: "Episode Five: The Empire Strikes Back" (1980) 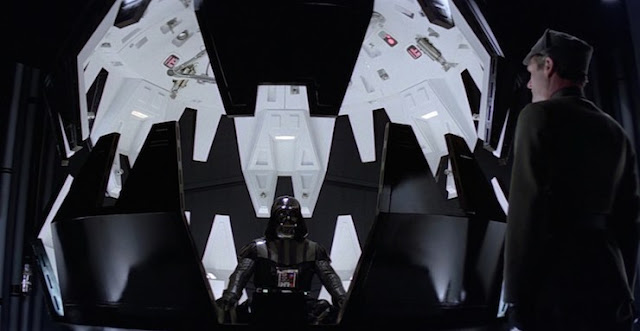 It's Wednesday- which means it's time to get back in the trenches again as we continue to explore the Rebel's battle against the Empire...

Of the "Original Trilogy", the second film is often considered to be the best one- and a fan favourite.  I really can't argue with that.  I remember when I first watched it, I was enthralled by it.  More so than when I watched "A New Hope".  Everything was amped up: the action, the suspense, the drama, mood, atmosphere- everything.

The story moved along quick and evenly- building smoothly and tightly up to the climax, and the big reveal.  It was beautiful.  The main plot line wasn't the only story arc that was emotionally engaging and satisfying.  The story line with Han and Leia's budding relationship, while not as grandiose as Luke and Vader's, was still enjoyable and well crafted.

The character development in this instalment was pretty good too.  Naturally, Luke and Vader get the most of it in order to make the reveal all the more impactful.  It was nice to see Han and Leia get some as well apart from the main story- though Leia did get a bit of the "damsel in distress" treatment in this one.

I'd have to say that- for me, "The Empire Strikes Back" is my favourite one of the whole franchise (with "Rogue One" in second).  A firm "Good".