The Silencing, The Speed Cubers, and Hollows Grove 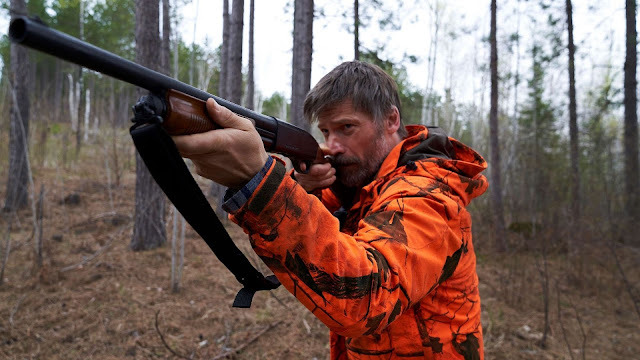 The best part of your Monday morning has arrived: the latest podcast of the last broadcast From The Basement!

Jason and Shawn dig into the new Canadian serial-killer thriller The Silencing, which hits VOD and Digital this Friday. The film, from director Robin Pront, stars Annabelle Wallis as a small-town sheriff, and Nikolaj Coster-Waldau as a reformed hunter on the trail of a killer of women. It's dark and gritty stuff, but is it ideal viewing if you want a late-summer chill? Stick with us!

And stick with us you shall, as The Basement boys take on a slew of movies old and new. They touch on such favourites as Gravity, Jaws 3 and Echoes of Fear, and take on newer -- or new to them -- releases like John Henry starring Terry Crews, Hollows Grove featuring the great Lance Herniksen, and Frankenfish... starring, well, Frankenfish!

Oh, and they do battle with recent streaming series The Speed Cubers and Inside the World's Toughest Prisons.

If this doesn't intrigue you to push play and enjoy, nothing will. So just do it, like the old shoe ad used to say. You won't be disappointed!