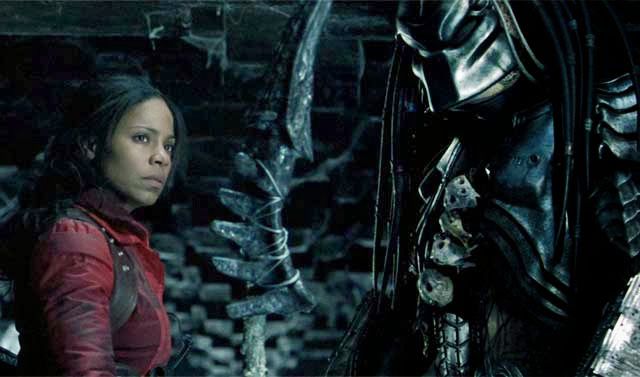 While it isn't amazing, it seems AVP: Aliens Vs. Predator (2004) has aged better than expected.

Unlike the current standard for sequels, this movie doesn't fumble the basics. Its story has decent momentum, the characters are mostly convincing, and you get the monster fights you came for. It gets the job done, and I can see why series fans would be satisfied.

I cannot always praise modern sequels in the same way, as most of them feel much more lifeless to me. It could be that we're several generations into the sequel/remake trend, and studios don't feel the need to try as hard anymore. This film at least has some passion and care put into it, and it was that was still the bar.

If anything, I would appreciate more cheesy third acts like we have here. No spoilers, but the main character's situation at the end feels like something a parody might come up with. What made it even better was the unintended romantic undertones going on.

If I had to classify this, I'd say AVP is a great background movie. Watch it in the background as you work on your hobbies and chores. I guess this movie is a Good.