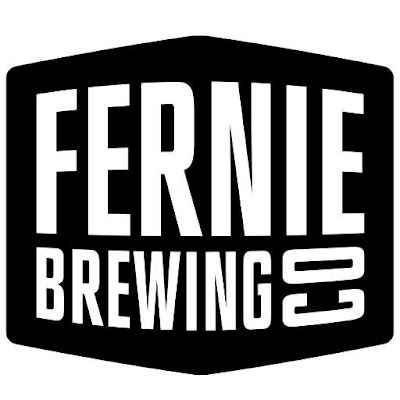 August is coming to an end.  For some it this past month left pleasant memories of sunshine, and warm skies.  For others... it left a sour taste in their mouths... 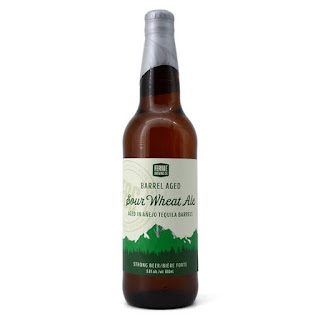 The label for Fernie Brewing's Barrel Aged Sour Wheat Ale is simple, but pleasing.  The crisp white background contrasts beautifully with the two tones of green in the foreground- effectively drawing your eye to the verdant mountain peak, and the name of the brew.  Helps that green is my favorite colour...

It doesn't bog you down with trivial facts about the brewery's mission statement; nor does it assault your sense of humour with some supposedly funny (and potentially witty) comment about the type of beer you're drinking.  Nope.  This label doesn't do any of that.  It just presents you with what it is.  Of course, the little factoid about being aged in tequila barrels does pique one's interest.

My only "complaint" is the wax covering the bottle cap.  It's a nice colour, but I tend to find the wax on such bottles to be a pain in the ass- and I tend to think a few times about whether or not I want to deal with the annoyance.  Having said that, though, I must confess that I found that the wax on this particular bottle to be actually quite easy to deal with.  I was pleasantly surprised. 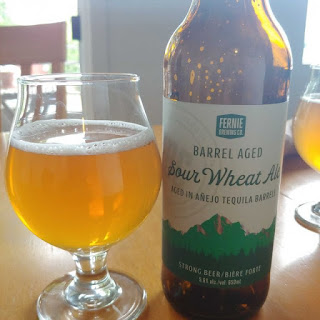 This sour wheat ale has a nice, sunny yellow colour to it, though the head of foam doesn't last too long.  My first impression was that Fernie Brewing had managed to capture sunlight in a bottle.  It's a cheery brightness that I found quite satisfying.  I could almost taste a citric flavour just looking at it.  I was looking forward to my first sip already.

I was not disappointed with the first sip- though I was surprised by it.  The colour created an expectation of a citrus flavour to it, only for that expectation to be subverted in a nice way.  There's a nice sour tang to this brew... that almost borders on citrus... without being citrus.  It was an interesting experience.  That dance on the edge of identifying the exact flavour continued right up until the last sip.  I was so involved in the tango of tastes that I was surprised to reach the bottom of the bottle.

I wished that I had a second bottle handy, in fact.

I would have to say that Fernie Brewing's Barrel Aged Sour Wheat Ale was a pleasant and unexpected tip and sip.  As soon as I finish this review, I'm heading out for another couple of bottles to enjoy on the sun soaked balcony, and celebrate the end of August.  A sunny "Good".