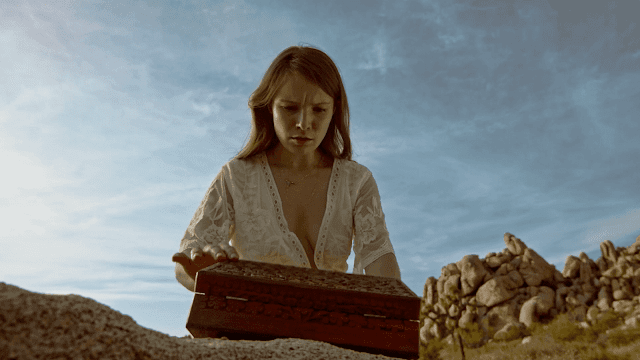 About 15 minutes into the new sci-fi/thriller Parallax I asked myself "what the eff am I watching?"

That's the best way I can describe the plot, although I had to do some research to figure it out. Writer/director Michael Bachochin has definitely crafted a thinking person's film but, unlike last week's review Volition, this one isn't all that entertaining. It's a slow mystery that takes too long to get where it's going, and then doesn't deliver any goods. It gets frustratingly close a few times, then stops.

The movie looks good, and I liked the cast. Naomi Prentice made me care for the artist's plight, and Nelson Ritthaler is decent as her struggling fiance. But I felt they were let down by a movie that wanted to be too smart for its own good.

Suffice to say, this one's a Bad.