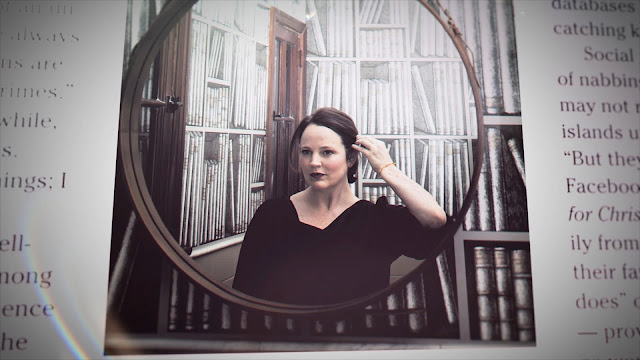 The third episode of HBO's brilliant I'll Be Gone in the Dark takes the case -- and the story of author Michelle McNamara -- into a chilling new space.

Titled Rat In a Maze, the episode is book ended with a recording of an actual phone call made by the East Area Rapist right before he became the Golden State Killer. The phone call was recorded by police as it was made to an intended victim. And it's frightening.

The first time we hear it, the recording is meant to be an introduction to the culprit's switch from rapist to killer. And he did brutally murder some 10 people on top of the 50 rapes he committed. We hear it again at the episode's conclusion when McNamara, faced with an early deadline on the book that became I'll Be Gone in the Dark, has doubts about her ability to finish it.

By then, she had the entire catalog of crimes in her head, and was driven to do right by the victims. She hunted the East Area Rapist/Golden State Killer with the dogged determination of a homicide cop, absorbing every detail, and taking on the grief of the victims. As someone who reported on crime for many years, I get her headspace. It's a hard one to be in.

This episode is an amazing and emotional hour of TV, its impact heightened by the fact McNamara didn't live to finish the book. In some ways, it feels like she was also a victim of the Golden State Killer.

Rat In a Maze is a Good of the highest order, and some of the best television I've ever seen.