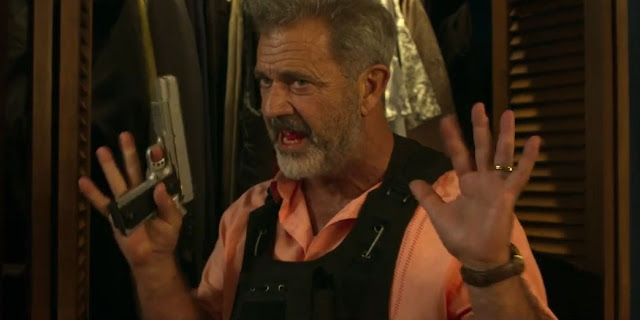 Disappointing is the word that pops to mind when I reflect back on the new Mel Gibson movie Force of Nature. Then again, I didn't really expect much going in.

The problem is 95 percent of the movie is totally forgettable. We've seen this before, done better, in many different movies. One-location action movies are fine, but director Michael Polish doesn't inject much energy into the proceedings, nor are there any real set pieces to thrill us action fans. Some fist fights, a few shootings, and that's it.

Hirsch isn't much of an action hero, but he's still a likeable presence. Cayo and Bosworth fair much better, and are easy on the eyes. I know. I'm a filthy Conservative. Sue me.

Force of Nature is for undemanding action fans and Mel Gibson completists only. It's a Bad, and one that's already fading from my memory.