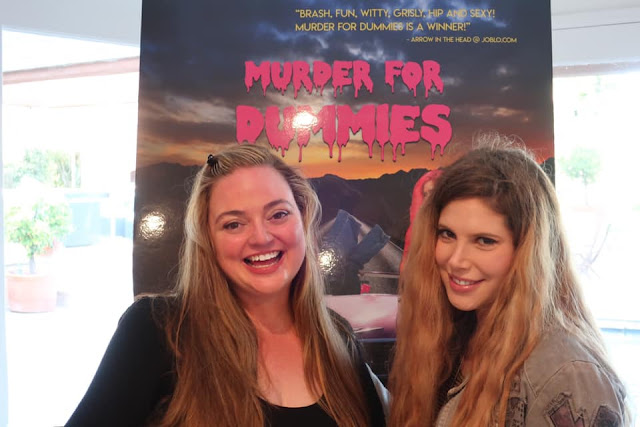 Last year we had the distinct pleasure of interviewing writer/director Eric Red, the man behind such genre classics as The Hitcher, Near Dark, Blue Steel and Bad Moon.

Tonight, only on the mighty Radio NL 610 AM Kamloops, From The Basement welcomes Eric's wife, Meredith Red, who's about to unleash her short film Murder for Dummies on the world.

Meredith has put together a pretty wild horror/comedy, which debuts at Screamfest in October. And it stars Cleo Elliott (above, with Meredith on the left), daughter of the legendary Sam Elliott. The music is by The Basement's own Shawn Knippelberg!

We'll talk about making the film and how she assembled such a talented cast, how Shawn became involved, and what the Reds have been watching throughout this global pandemic... among other things.