Marcus Flor vs. Return to the 36th. Chamber 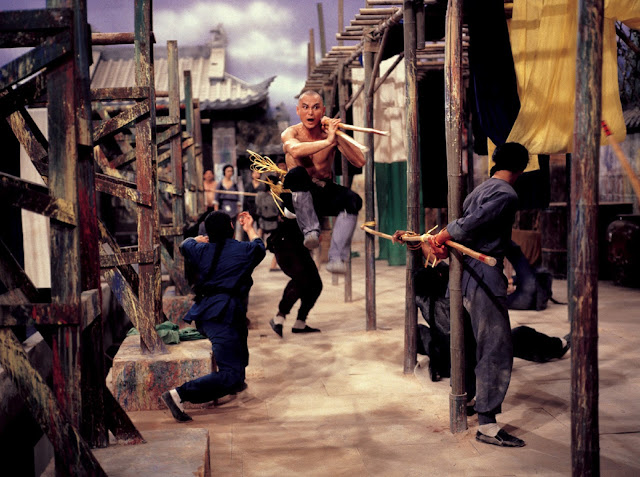 In these trying times, I couldn't think of a better way to unwind than with a cheesy Kung Fu movie.

Return to the 36th. Chamber (1980) was certainly an unwind, but with a few surprises. It's still as cheesy as you'd expect from the genre, don't get me wrong. Everyone overacts, there are some incredibly fake wigs involved, and the dubbing is as tone deaf as can be.

Where the movie stands out is with its creative approach to implementing Kung Fu. Through a very convoluted process, the main character learns Roof Kung Fu as he builds scaffolding for a Shaolin temple. I know that sounds as cheap as Karate Kid (1984), but it actually looks like a legitimate fighting style here.

This might have an overt comedy tone to it, but there is some impressive martial arts on display. The fighting is a mix of gymnastics, combat, and carpentry... of all things. I was not expecting this result, but I'm so happy it turned out this way.

You'll have a blast with Return to the 36th. Chamber. This one is cheesy fun! Grab some friends, smoke something, and give it a watch, because it's a Good!