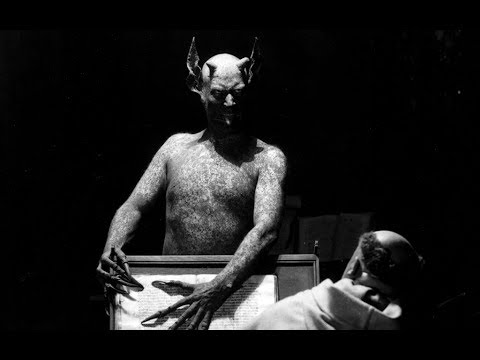 There are a few rare horror movies that truly stand the test of time, and Haxan (1922) is one of them.

Intended to be a documentary, this silent film is still quite unnerving at times. It's age and effects give it this surreal, dream-like quality that sticks in your mind. It being silent, great care went into each shot, making sure the images were vivid and could stand on their own.

Despite the visuals, the film does still work as an early documentary. We are taught the history of witches and the brutal purges of them. If anything, Haxan will shock you with how cruel the witch trials really were.

I was not expecting a 102-year-old movie to hold up so well, but Haxan has still got it. It's surreal, dark, and a bit graphic; an excellent Halloween flick. It's free on YouTube, so give it a watch. This one's a Good.