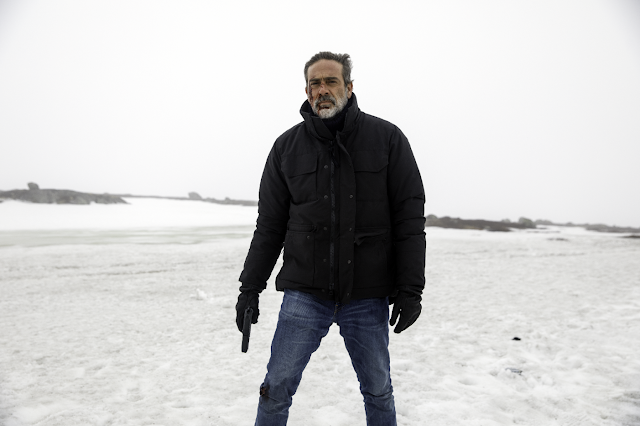 The Postcard Killings is one of those movies that got lost in the pandemic shuffle. This indie-thriller was set to hit screens in March, right when the world shuttered its doors due to COVID-19. I'd not even heard of the flick until I stumbled across it while scanning recent VOD releases.

This is a surprise, as it's based on a James Patterson novel, which he co-wrote with Liza Marklund about a decade ago. And Patterson, of course, is the author of several Alex Cross novels, a couple of which were made into mid-90s hit movies starring Morgan Freeman.

And it's directed by Danis Tanovic, a Bosnia director who's No Man's Land won the Oscar for Best Foreign Language Film. Quite a pedigree!

What sets this one apart is a solid performance by Jeffrey Dean Morgan, the detective hot on our killer -- or should I say killers? -- trail. Morgan is 100-percent committed to the part, and brings the right amount of grief to the role, given his character's daughter is one of the victims. He elevates the film.

I also dug the European locations. The entire film takes places overseas, and having the characters charge through London, Madrid, Munich and other such locales gives the proceedings a freshness the film otherwise lacks.

The Postcard Killings isn't a bad film, but it certainly doesn't offer anything new. And Tanovic doesn't build much suspense outside of a few sequences. I didn't mind the watch, but I won't see it again, so this one's a Bad.