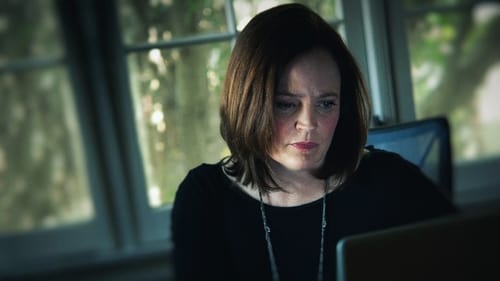 Michelle McNamara's true-crime book I'll Be Gone in the Dark is easily one of the best -- if not the best -- of its kind. It's an exhaustive and fascinating dissection of the crimes committed by the Golden State Killer, a violent criminal responsible for some 50 rapes, and 10 sadistic murders, back in the 1970s and 80s.

I reviewed the book right here, and encourage true-crime addicts like myself to give it a read. Or, if you're like Shawn and don't do reading, you should definitely check out HBO's adaptation, which debuted Sunday night.

I caught the first of six episodes last night, and was hooked. The series is actually two stories; the first being an examination of the Golden State Killer's crimes, with the second an equally detailed look into McNamara's obsession with the case.

McNamara died before she could finish the book. Her husband, comedian Patton Oswalt, helped complete it, and get it published.

The first episode scratches the surface of what's to come. But damn, is it ever compelling stuff. Haunting is actually a better word. Filmmaker Liz Garber interviewed the Golden State Killer's surviving victims, and their stories are distressing to say the least. Plus we get crime-scene photos, interviews with investigators, and tours of the predator's hunting grounds. It's fascinating stuff.

Equally as intriguing are interviews with Oswalt about his late wife and the life they shared, and videos Garber found of McNamara talking about the crimes. It's good stuff, and the two narratives blend together effectively.

Having read the book, I'm curious to see where Garber takes us. This isn't a straight adaptation, but it doesn't need to be. It's definitely a Good, and I look forward to upcoming episodes.

PS: Joseph DeAngelo, 74, plead guilty to 13 murders, and other crimes in connection to the Golden State Killer rampage, on Monday.